A family of three earning $27,465 a year before taxes — that is, at 150 percent of the poverty line — would have to pay $1,318 a year for health coverage under a proposal that Senate negotiators are considering for a merged health reform bill that they would bring to the Senate floor. This is more than such a family would pay under either the Senate Finance Committee health bill or the bill that the Senate Health, Labor, Education, and Pensions (HELP) Committee approved, and represents a large amount for families that often have difficulty paying the rent and utilities and putting food on the table.

The Finance bill would provide significantly less assistance than the HELP bill to help families and individuals with very modest incomes purchase coverage in the new health insurance exchanges. This is especially the case for people with incomes below 200 percent of the poverty line (below $36,620 for a family of three in 2009). The option described here that is under serious consideration for the merged bill would aggravate this problem by requiring the most vulnerable people to pay still more than they would have to pay under the Finance bill.

This option would make coverage more affordable for those with higher incomes and would lower the number of households whose premium costs would exceed 8 percent of income and who thus would be exempt from the penalty for failing to have insurance. That part of the option represents a desirable change. But as Table 1 indicates, this option also would increase the amount that families earning less than 167 percent of the poverty line (less than $30,578 for a family of three in 2009) would have to pay for coverage. As a result:

The Senate Finance Committee bill already asks the lowest-income families to pay more than many of them are likely to be able to afford without cutting back on necessities.[1] Under the new alternative under consideration, the amounts that people at very low income levels would have to contribute would be even more unaffordable for them. Many low-income families would likely encounter serious difficulty making the required premium contributions for coverage after paying for housing, food, clothing, transportation, and child care. [2] Yet they would face a penalty if they did not purchase coverage.

In short, reducing the credits for near-poor households and requiring them to pay still higher amounts for premiums would be ill-advised. Such a step would be almost certain to result in significant hardship.

[2] The Finance Committee bill generally would require all citizens and legal immigrants to obtain health coverage or pay a penalty. Households would not face a penalty for failing to have coverage if their share of the premium cost for the lowest-cost plan available in the exchange exceeded 8 percent of their income. If subsidies start at 3 percent and end at 10 percent, many households with incomes between 242 percent and 400 percent of the poverty line would have to pay more than 8 percent of their income for coverage and thus would be exempt from paying the penalty. Those below 242 percent of the poverty line, by contrast, would have to pay the penalty if they did not obtain insurance.

Finance Committee Health Reform Bill Makes Improvements, But Still Falls Short of What Is Needed for Many People to Afford Health Care 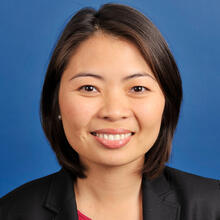