President Bush has said he will veto the second bipartisan compromise bill passed by Congress (H.R. 3963) to reauthorize the State Children’s Health Insurance Program (SCHIP).  The Administration claims, in part, that the bill “continues to allow SCHIP to cover ineligible individuals,” namely undocumented immigrants.[1] Some members of Congress and the Heritage Foundation have made similar charges.

This claim is false.  The second bill contains significant changes that close the door on the possibility that undocumented immigrants could be found eligible for Medicaid or SCHIP.  It would require clear proof that all children, parents, and pregnant women applying for Medicaid and SCHIP who declare that they are U.S. citizens are indeed citizens:  either the state would check the applicant’s Social Security record to see that it contains a Social Security Administration-verified indicator of U.S. citizenship, or the applicant would have to provide the state with a document such as a birth certificate. To ignore this fact and incorrectly claim that undocumented immigrants would receive coverage under the bill is not valid justification for vetoing the extension of health coverage to nearly 4 million uninsured children.

Undocumented immigrants have never been eligible for SCHIP or Medicaid (other than for some emergency medical care).  Legal immigrants applying for Medicaid have always had to submit documents proving that they meet the federal eligibility requirements that apply to legal immigrants.  In addition, states have always been able to require individuals whose claim to U.S. citizenship appears questionable to submit documents proving their citizenship.  In 2005, Dr. Mark McClellan, then-administrator of the Centers for Medicare and Medicaid Services, wrote that this policy “allows states to enroll eligible individuals while preserving program integrity.”[2]

Nevertheless, in the Deficit Reduction Act passed in 2006, Congress enacted a new requirement that every U.S. citizen child, parent, and pregnant woman applying for (or receiving) Medicaid prove his or her citizenship by providing an original birth certificate, passport, or similar document.  States have reported that the new rule has kept thousands of children who are U.S. citizens from receiving the coverage for which they would otherwise qualify, because their parents lacked ready access to a birth certificate or passport.

Supporters of the citizenship documentation requirement claim that it is intended to keep undocumented immigrants from fraudulently enrolling in Medicaid.  Thus far, however, virtually no undocumented immigrants have been identified under the rule.  (See box.)  Instead, as Congressional Budget Office (CBO) Director Peter Orszag recently stated, the available evidence “suggests that virtually all of those who have been unable to provide the required documentation are U.S. citizens.”[3]  Director Orszag has also said, “even before the Deficit Reduction Act, we did not believe there was any significant problem with unauthorized immigrants in either [SCHIP or Medicaid.]”[4]

The second children’s health bill passed by Congress is tougher than current law:  it retains the citizenship documentation requirement in Medicaid and extends it to SCHIP.  At the same time, it gives states a new way to meet the requirement that would cause far less disruption and harm for eligible U.S. citizens.

The first children’s health bill (H.R. 976) would have permitted states to allow Medicaid and SCHIP applicants and beneficiaries to meet the documentation requirement by having the state match their name and Social Security number (SSN) with information in the Social Security Administration (SSA) database.  Opponents argued that this would not show whether an individual is a U.S. citizen and that the bill would therefore allow undocumented immigrants to enroll in the program.  In particular, they relied on a letter from SSA commissioner Michael Astrue to Congressman Jim McCrery stating that matching an individual’s name and SSN with SSA would not verify whether an individual is a citizen.[5]

The new bill addresses this problem by significantly modifying the proposed state option in the earlier bill:

By allowing states to verify citizenship in a way that will be less costly and burdensome, the new children’s health bill responds to the appeal by governors of both parties for increased flexibility in this area.  (California Governor Arnold Schwarzenegger, for example, has stated that the current rules have “created a situation where U.S. citizens actually have fewer rights than non-citizens when applying for Medicaid benefits.”)  The bill would not allow undocumented immigrants to enroll in either Medicaid or SCHIP.

CBO estimates that the citizenship provision in the new bill would enable an additional 500,000 people who are eligible for Medicaid or SCHIP to enroll in the program in 2008; another 200,000 eligible people would enroll in subsequent years, because most states would use the new SSA matching option to verify citizenship. The new enrollees would all be U.S. citizens or qualified legal immigrants.

The improved verification procedures also would reduce federal and state administrative costs, by allowing states to use more cost-efficient methods to ensure that undocumented immigrants do not receive Medicaid. States report that the current documentation requirement is imposing millions of dollars in increased administrative costs, particularly by increasing the need for staffing.[8]

Numerous states have reported that U.S. citizen children have been removed from, or denied entry into, Medicaid because of the 2006 citizenship documentation requirement.  The Government Accountability Office, the House Oversight and Government Reform Committee, and the Center on Budget and Policy Priorities have reported these results based on data that the states have collected.[1]

The six states that have examined this issue in greatest detail found they had spent $17 million so far to administer the burdensome requirement, had denied health insurance to tens of thousands of needy children and parents as a result, and had identified a grand total of eight undocumented individuals (some or all of whom they may have caught under their previous procedures).[2]  For example, the number of low-income children insured through Medicaid dropped by 11,000 in Virginia and 14,000 in Kansas due to the new requirements; each state identified one applicant who incorrectly claimed to be a citizen.[3]

The three states that collected data by racial/ethnic group found that the children losing coverage due to the requirement are overwhelmingly non-Hispanic whites and non-Hispanic blacks.  Hispanic children have been affected far less.  In Virginia, for example, enrollment has fallen significantly among white and black children since the requirement took effect, while it has climbed among Hispanic children.  This would not be occurring if the provision were actually affecting undocumented immigrants, since an estimated 78 percent of undocumented immigrants are from Mexico, Central America, or South America, according to the respected Pew Hispanic Center.[4]

A recent study by the Kaiser Commission on Medicaid and the Uninsured confirms that Medicaid application processing delays under the new citizenship documentation requirements are the main reason why Medicaid enrollment dropped in 2007 for the first time in a decade.  According to Kaiser, 37 states reported that the new documentation requirements had a negative impact on enrollment, and 45 states reported that the new requirements increased administrative costs.[5]

[4] An estimated 13 percent are from Asia, and 9 percent are from Europe, Africa, and other areas.  Jeff Passel, “The Size and Characteristics of the Unauthorized Migrant Population in the United States,” Pew Hispanic Center, March 2006.

In sum, the new children’s health bill contains strong new safeguards to prevent undocumented immigrants from obtaining health benefits while also reducing the barriers that are denying coverage to thousands of eligible U.S. citizen children. The claim that the bill would enable undocumented immigrants to obtain health care — like the claim or implication that it represents no change from the first, vetoed bill — is inaccurate.

[7] For some applicants who obtained their SSNs before 1981, citizenship could be verified through information in the SSA database showing that they were born in the United States.  When this is not possible, the legislation would require these applicants to provide documents such as a birth certificate or passport to prove their citizenship. 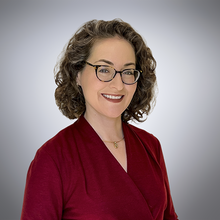