Housing Vouchers Could Be at Risk in 2008

This fall, Congress will seek to finalize its appropriations bills for fiscal year 2008, including the Transportation-HUD bill, which funds “Section 8” Housing Choice Vouchers and other affordable housing programs.  Section 8 vouchers are the nation’s leading source of housing assistance for low-income elderly, people with disabilities, and families with children, helping approximately 2 million households to secure modest, affordable rental housing in the private market.

Congress will have two key issues to resolve in the Section 8 voucher portion of the HUD appropriations bill:  how much money to provide to renew existing vouchers and how to distribute those funds among the 2,400 state and local housing agencies that administer the program. These decisions will be made against the backdrop of a potential presidential veto.  The President insists that Congress not exceed the overall level of discretionary funding he proposed in his budget earlier this year — a level that would entail significant cuts in many domestic programs — and the White House has threatened to veto both the House and Senate Transportation-HUD bills if they exceed these spending limits.[2]

On the first issue — the amount of renewal funding for vouchers — the House and Senate appropriations bills both improve significantly on the President’s budget request.  The President proposed a hard freeze in voucher renewal funding (a freeze with no adjustment for rising costs), even though rents and utility costs continue to increase across the country.  As a result, the President’s budget would fail to fund 80,000 vouchers expected to be used by families in 2007.  The House bill (H.R. 3074) partially reverses this cut by providing $300 million above the President’s request for voucher renewals.  The Senate bill does better, fully funding all vouchers in use in 2007 by providing nearly $500 million above the President’s request and by using a more cost-effective formula to distribute this funding to agencies.

In addition, the bills fund new “incremental” vouchers for the first time since 2002 and include certain reforms, some of which were proposed by the President, such as giving agencies an added incentive to serve more families by tying their administrative funding to the number of vouchers they use.[3]

The second issue — how to distribute voucher funds among state and local housing agencies — is more complex.  From 2004 to 2006, the Administration and Congress took a series of actions that substantially altered the voucher funding formula, weakening the link between agencies’ funding allocations and their actual funding needs (thereby making the program more like a block grant) and eliminating incentives for agencies to help as many families as their funding would permit.  These changes had many harmful consequences.  The number of families with vouchers declined markedly, with approximately 150,000 vouchers lost.  In addition, housing agencies, property owners, and families alike had to cope with funding unpredictability and shortfalls; many families faced higher rent burdens; and agency performance declined, with large balances of unspent federal funds accumulating at local agencies.[4]

In the 2007 appropriations act signed into law in February, Congress changed direction, restoring stability to the voucher program by directing the U.S. Department of Housing and Urban Development (HUD) to distribute voucher renewal funds based on an agency’s leasing rates and costs in the most recent 12-month period.  (Congress also increased renewal funding by nearly $500 million.)  Partly as a result of the more efficient funding formula, housing agencies received — for the first time in three years — sufficient funding to renew all vouchers in use in the prior year.  In July, the House also passed a bill that would make the new formula permanent by adding it to the U.S. Housing Act.[5]

The Senate’s 2008 HUD appropriations bill continues this reform, directing HUD to distribute funding based on agencies’ leasing and costs over the most recent 12 months.  In contrast, the House appropriations bill halts this progress, directing HUD to base agencies’ share of voucher renewal funding for 2008 on their dollar allocation of renewal funding for 2007.

The House approach makes less cost-effective use of voucher funding and could lead to substantial cuts in vouchers in 2008.  Our estimate, based on the latest available HUD data on leasing rates and costs, is that the House bill would fail to renew 55,000 vouchers that families are expected to use in 2007.  The Senate bill, by contrast, would fully fund all vouchers in use in 2007. (Even if one controls for the difference in renewal funding between the two bills by assuming that the House bill provided the full Senate funding amount, the House bill would still fail to renew 44,000 vouchers due to the flaws in its formula.)

Voucher funding would be less stable under the House bill for a second reason, as well.  The overall amount of renewal funding the bill provides for 2008 is insufficient to provide each agency with the allocation it is due under the bill’s funding formula.  As a result, agencies would face an across-the-board funding cut of more than 3 percent, according to CBPP estimates, which means they would receive an inflation adjustment of only about 1 percent, on average — well below the likely rate of inflation for rents and utilities.  Indeed, about one-quarter of all agencies would actually receive less funding in 2008 than they did in 2007.

The decisions about the voucher formula and funding levels that Congress makes this fall — and the President’s decision about whether to veto the HUD appropriations bill — will therefore have significant implications for tens of thousands of low-income people across the nation who are struggling to afford decent housing.

Click here to read the full-text PDF of this report (14pp.)

[3] Funding for incremental vouchers and voucher renewals is allocated separately in both bills.

[5] See Barbara Sard and Will Fischer, “Bipartisan Legislation Would Build on Voucher Program’s Success; But Worthwhile Reform Bill Holds Risks Due to Expanded Deregulatory Authority,” Center on Budget and Policy Priorities, July 26, 2007, for an analysis of H.R. 1851, the Section 8 Voucher Reform Act, which passed the House on July 12 by a vote of 333 to 83. 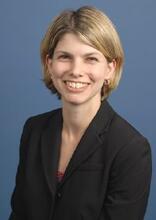