In December, Congress passed its year-end omnibus spending bill, which delinked the Medicaid continuous coverage requirement from the COVID-19 public health emergency (PHE), established the certain date of April 1, 2023, for resuming Medicaid terminations, and set standards to help mitigate coverage losses as the requirement ends.[1] With this advance notice, states must now act to ensure that eligible individuals stay covered.

With this advance notice, states must now act to ensure that eligible individuals stay covered.

The continuous coverage requirement has required states to maintain Medicaid coverage for most enrollees — and barred terminations — since March 2020. On April 1, 2023, states will resume reviewing all Medicaid enrollees’ eligibility — a process often called “unwinding” — and will begin ending coverage for those found ineligible. Eligible individuals and families — particularly people of color and children — are at risk of losing coverage during the unwinding process, however, despite remaining eligible for Medicaid or becoming eligible for other types of low-cost coverage, due to administrative hurdles they must overcome to maintain their coverage.[2]

But massive coverage losses aren’t inevitable. There are many proven strategies that states can and should take to streamline the renewal process and ensure that eligible people remain enrolled.

In March 2020, Congress passed the Medicaid continuous coverage requirement as part of the Families First Coronavirus Response Act. In exchange for an increase in federal Medicaid matching funds (FMAP), states were required to keep Medicaid enrollees in the program until the end of the month in which the PHE ends, eliminating the need to reevaluate their eligibility and ensuring that people retained coverage during the pandemic.[3] This provision, in combination with the pandemic’s economic and health impacts and increased outreach efforts by the Biden Administration, has led to nearly a 30 percent increase in enrollment in Medicaid and the Children’s Health Insurance Program (CHIP), which has contributed to record-low uninsured rates.

The Department of Health and Human Services (HHS) promised states that it would provide 60 days’ notice before ending the PHE to give states enough time to prepare for unwinding. However, year-end congressional action delinked the continuous coverage requirement from the PHE and allows states to begin ending coverage as early as April 1. In setting a concrete end date, the year-end legislation gives states over 90 days’ notice and allows them to begin activities such as bolstering communications to enrollees, hiring additional staff, and making changes to their eligibility systems to resume normal operations.

For the duration of the continuous coverage requirement, states have paused most Medicaid terminations and eligibility reviews, leading to what will be an extraordinary workload to renew coverage for the nearly 84 million people currently enrolled in the program when the unwinding begins.[4] During unwinding, Medicaid agencies will have 12 months to initiate renewals and 14 months to complete them, allowing them to spread out the workload. Medicaid terminations may begin as soon as April 1 in some states but won’t begin until later months in other states due to variations in renewal processing timelines.

In addition to setting a date certain, the enacted legislation gives states additional financial support during the unwinding period. While the enhanced FMAP under the 2020 Families First legislation included a full sunset of the enhanced funding at the end of the quarter in which the PHE ends, the year-end legislation instead gradually phases out the enhanced FMAP through 2023. This additional funding will support states as they work through the large number of eligibility reviews ahead of them, and should help them to take the full 12 months to conduct renewals. To receive the enhanced match, states must follow federal eligibility requirements, maintain updated enrollee contact information, and make good-faith efforts to contact enrollees before their coverage is terminated due to returned mail.

The year-end legislation also lays out clear procedures for the Centers for Medicare & Medicaid Services (CMS) to enforce the policies that states are required to follow as they unwind. States are required to submit, and HHS must make publicly available, monthly reports of key unwinding metrics such as number of renewals completed ex parte,[5] coverage terminations due to procedural reasons, and call center metrics such as volume, wait times, and abandonment rates. Such transparency is key to ensuring that states and the public can identify problems during the unwinding period and hold states accountable for fixing them. States that fail to meet reporting requirements will experience a modest FMAP reduction for each quarter of noncompliance.

CMS may require states that do not comply with federal eligibility redetermination requirements or reporting requirements to submit a corrective action plan. If a state fails to submit or implement a corrective action plan, CMS may require the state to pause all coverage terminations for procedural reasons and to pay financial penalties. These guardrails create a more defined process and lay out actions CMS can take to hold states accountable for poor performance during unwinding.

The multiple steps required to successfully renew Medicaid coverage create many touch points where someone could lose coverage despite remaining eligible. This risk will be particularly high during unwinding since millions of people have experienced housing instability during the pandemic and may not receive notices sent to their old address. In addition, many state Medicaid agencies are understaffed and will be overwhelmed by their workloads. Agencies often exacerbate these challenges by asking enrollees for too many forms and documents, adding unnecessary steps that could lead to coverage loss if enrollees are unable to complete them by the deadline.

Eligible enrollees could lose coverage if Medicaid agencies struggle to answer calls or field questions, or if they fall behind in processing paperwork in a timely manner but proceed with terminations, contrary to federal rules. Others could become uninsured if they are no longer eligible for Medicaid and fall into a coverage gap (because their state hasn’t adopted the Affordable Care Act’s Medicaid expansion) or if they are unable to successfully navigate the enrollment process for marketplace coverage.

The stakes are high: nearly 18 million people could lose Medicaid during the unwinding process, a recent study by the Urban Institute estimated.[6] An earlier HHS study estimated that approximately 15 million people could lose Medicaid coverage. Of those, nearly 7 million are projected to lose Medicaid coverage despite being eligible, due to procedural reasons caused by administrative barriers such as long wait times, multiple unnecessary requests for paperwork, and eligible people losing coverage at renewal and having to reapply (a process known as churn).[7]

Such barriers disproportionately affect people of color, who are more likely to receive coverage through Medicaid, due in large part to structural inequities resulting in their overrepresentation in low-paid jobs lacking employer-sponsored health coverage. In 2021, Black and Latino people made up approximately one-third of the U.S. population but roughly half of enrollees in Medicaid and CHIP.[8] This means that access barriers in Medicaid affect a disproportionate number of people of color, sometimes leaving people without coverage and often making the process more time consuming and difficult than necessary.

Unwinding is expected to come with stark racial inequities. Based on longitudinal Medicaid enrollment data from prior years, the HHS study projects that people of color are much more likely to lose coverage due to administrative churning during the unwinding, despite remaining eligible for Medicaid. Roughly 17 percent of white enrollees estimated to lose Medicaid coverage are predicted to lose it through administrative churning. But the rates are much higher among people of color: 64 percent of Latino enrollees, over half of Asian/Native Hawaiian/Pacific Islander enrollees, nearly 40 percent of Black enrollees, and nearly half of multiracial and other non-white enrollees who will lose Medicaid coverage during unwinding are predicted to lose coverage through administrative churning even though they’ll still be eligible.[9]

The HHS study also used the historic enrollment data to project that children will be at greater risk of losing coverage during unwinding despite remaining eligible. Children aged 0-17 account for less than one-fifth of all Medicaid enrollees projected to lose coverage, but over half of all enrollees predicted to lose coverage for procedural reasons. And over 72 percent of all children who are estimated to lose Medicaid coverage during the unwinding are predicted to lose it for administrative, rather than eligibility-related, reasons.[10]

CMS has also given states robust guidance and resources over the past two years to support streamlined unwinding policies.[11] The CMS guidance includes actions that states are required to take to mitigate coverage losses of eligible people, such as conducting full renewals of their caseloads using current information.[12] The CMS guidance is consistent with the new legislation, which reinforces the standards CMS previously established, enhances transparency around unwinding, and gives CMS important enforcement tools while simultaneously providing states with continued enhanced Medicaid matching funds through the end of 2023 to support their work.

While the pandemic has presented significant challenges for agencies administering Medicaid, it has also led to innovations in policy and service delivery that agencies can draw on as they unwind. Some states have streamlined policies and used creative ways to communicate with enrollees.[13] Such experimentation during the pandemic and preparation for the monumental task of unwinding have increased attention to available strategies that simplify the process for enrollees, reduce burden on eligibility staff, advance racial equity, and improve program integrity by keeping eligible people enrolled.

States now have the certainty they have needed to act. They have almost three months to prepare and should pursue changes to streamline processes, improve communication with enrollees, and increase staffing capacity even if they can’t fully implement them by April 1. While agency workloads will spike when unwinding begins, they may increase further in subsequent months as enrollees lose coverage and reapply or if the agency falls behind on paperwork, which will make administrative improvements valuable throughout the unwinding period. And such changes don’t have to end when unwinding does; streamlining eligibility processes will improve customer service well into the future.

As states begin to prepare for the task ahead, they should prioritize solutions that they can act on most readily and that will have the greatest impact in keeping eligible people covered.[14] States should focus on:

Unwinding will be an immense challenge for Medicaid agencies and enrollees. But states have proven strategies and solutions at their disposal and can take action to minimize coverage losses among eligible enrollees.

[5] An ex parte renewal is a renewal conducted by using electronic data to confirm an enrollee’s ongoing eligibility without requiring any contact with or documentation from them.

[7] Office of the Assistant Secretary for Planning and Evaluation.

[9] Office of the Assistant Secretary for Planning and Evaluation.

[11] CMS, “Unwinding and Returning to Regular Operations After COVID-19,” https://www.medicaid.gov/resources-for-states/coronavirus-disease-2019-covid-19/unwinding-and-returning-regular-operations-after-covid-19/index.html.

[21] In 2018, before the current continuous eligibility requirement was in effect, only about 3 percent of people losing Medicaid or CHIP enrolled in marketplace coverage within 12 months. Medicaid and CHIP Payment and Access Commission, “Transitions Between Medicaid, CHIP, and Exchange Coverage,” July 2022, https://www.macpac.gov/publication/transitions-between-medicaid-chip-and-exchange-coverage/. 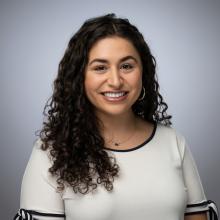