| By Aviva Aron-Dine and John Wancheck

An amendment to the Senate immigration bill filed by Senator John Ensign (R-NV) would prevent undocumented workers who are paying back taxes as part of legalizing their status from claiming the tax credits available to all other tax filers. It would also deny these workers any tax refunds the IRS might owe them because of overwithholding. As a result, undocumented workers seeking to legalize their status would effectively be taxed at higher rates — often sharply higher — than other Americans. Many would be left with back-tax bills that are much too high for them to afford.

For example, a worker with children who is self-employed and earns $13,000 a year would owe more than $8,000 in back taxes, penalties, and interest. Under regular tax law, she would owe no back taxes because of her low income.

Tax bills this high would likely force many immigrants to remain underground.  Thus, the Ensign amendment threatens to subvert one of the basic objectives of the Senate immigration bill:  to create a rigorous but not impossible process by which undocumented immigrant workers can achieve legal status.

The Senate immigration bill would establish a process by which undocumented immigrant workers can obtain legal status and, after a minimum of eight years, apply to become legal permanent residents.  As part of the process of converting to legal status, these individuals would have to show they had fully paid their federal taxes for back years. [1]

The Social Security Administration has estimated that three-quarters of undocumented immigrants pay payroll taxes, contributing approximately $8.5 billion to Social Security and Medicare each year. [2]   While many undocumented immigrants also file income tax returns, [3] many others do not and thus would have to file returns for years prior to 2007.  Those who were self-employed or were designated as “independent contractors” by the individuals or firms that paid them also would be liable for self-employment payroll taxes.

The notion of a back-tax requirement is reasonable, although it would pose significant challenges for many low-wage immigrant workers, particularly alongside the substantial non-tax-related fines and fees the Senate bill also requires each immigrant seeking legal status to pay.  Those fines and fees alone could cost families thousands of dollars apiece.

However, the Ensign amendment would fundamentally alter the back-tax requirement — and likely make the legalization process nearly impossible for many immigrants — by changing federal income tax rules in order to deny these workers the use of all tax credits.

As Senator Arlen Specter noted during the Senate debate on a similar Ensign amendment last year, it is difficult to understand why immigrant workers filing back taxes should not be “treated like anyone else” under the federal tax code.  Or, as Senator Lindsay Graham put it, “once you pay taxes, let’s don’t turn the tax code upside down to kick you around after you have done what we asked you to do.”  Whereas the goal of the back-tax requirement is to ensure that legalizing immigrants are not treated more leniently than other Americans with back-tax obligations, the Ensign amendment would treat them considerably more harshly than other Americans with the same financial circumstances.

Some supporters of last year’s Ensign amendment expressed dismay over the possibility that some immigrants who were seeking to legalize would be able to collect tax refunds for which they would be eligible as a result of refundable tax credits such as the Earned Income Tax Credit and the Child Tax Credit.  If this is a concern, an amendment could readily be designed to deny legalizing workers refunds for back years (other than refunds for overpaid taxes).

But the Ensign amendment goes far beyond that.  It also would deny legalizing workers access to:

The Ensign amendment also would prevent legalizing immigrants from applying one year’s overwithholding against their tax liability for a different year.  Many workers filing back taxes find this option enables them to cover back-tax bills that otherwise would prove overwhelming.

The EITC and Child Tax Credit are among the most important mechanisms by which the tax code reduces low-income households’ tax liability; without these credits, federal taxes would be extremely burdensome for many.  Not only do the credits reduce families’ income taxes, but the refundable portions of the credits are the tax code’s sole means of alleviating these families’ high payroll tax burdens.

By drawing an arbitrary distinction between tax credits and tax deductions (disallowing credits while allowing deductions), the Ensign amendment would eliminate exactly those features of the tax code most important to low- and moderate-income households.  For many undocumented workers seeking to legalize, the amendment would constitute a massive tax increase, setting tax burdens far above what other households with identical financial circumstances must pay.

Also, by substantially increasing the back-tax liabilities of low- and moderate-income immigrant households, the amendment would make it much more difficult, if not impossible, for many of them to pursue the legalization process laid out in the Senate bill. This problem would be compounded by the fact that, if families could not use the EITC and the Child Tax Credit to reduce their income tax liability, they would have large outstanding tax bills, and many would therefore be liable for large penalties for late filing and late payment of tax.

Back-tax liability could be especially high for workers who were self-employed or were designated as independent contractors by those who paid them. Consider the following estimates for self-employed workers filing taxes at the beginning of 2008 for tax years 2004-2006. Under the amendment:

In each of these examples, the working-poor household would owe more than two-thirds of its total annual income in back taxes.  Under the regular tax laws, in contrast, these households’ incomes are too low for them to owe federal income tax, and the EITC and Child Tax Credit would offset their self-employment tax liability.

For low-income self-employed workers with somewhat higher, but still quite modest, incomes, back-tax liabilities would be even steeper.

Amendment Could Create Confusion for Immigrants — and Complications for the IRS

The Ensign Amendment could create significant confusion for undocumented workers.  While the legislative language is somewhat unclear, it appears that the amendment does not actually render these workers ineligible for the EITC, Child Tax Credit, other tax credits, or tax refunds for back years.  Rather, legalizing workers are expected to voluntarily decline to claim these credits and refunds.

It is likely that many workers seeking to legalize will not understand the new rule.  If they mistakenly claim these tax credits, they will lose the ability the Senate bill gives undocumented workers to qualify for a temporary status, called “Z-visa status,” that allows them to work legally in the United States.  To qualify for Z-visa status, undocumented workers must show that they have met the bill’s back-tax requirement, as well as other requirements in the bill.

In addition, in an analysis of last year’s Ensign amendment, the Joint Committee on Taxation noted that it could create administrative difficulties for the IRS, if the IRS is charged with identifying the returns of immigrant filers covered by the amendment.  The Joint Tax Committee commented, “[T]he [Ensign] provision creates potential administrative problems. . . .  Without a system for identifying aliens filing applications for adjustment of status, the IRS will lose the ability to identify those taxpayers who are not eligible to receive refunds or credits.”a

The back-tax liabilities of undocumented workers who had payroll taxes withheld from their paychecks would not be this steep, since these workers would not owe back self-employment taxes.  But their tax burdens would still be significant — and would be much higher than those faced by non-immigrant workers paying back taxes.

Current Rules for Payment of Back Taxes

Under current law, people who file back taxes may claim exemptions, deductions, and credits for which they are eligible under the tax code.  Filers who have tax liability for a prior year are subject to IRS penalties for late filing and late payment of tax; they also are liable for interest on their outstanding tax liability.a  Filers normally can claim tax refunds for up to three years after the filing deadline for the tax year to which the refund applies.

Without the Ensign amendment, these same rules would apply to formerly undocumented workers who file back taxes.  Undocumented workers are required to file tax returns on income earned in the United States, and, in general, are subject to the same tax system as other U.S. tax filers.  Undocumented filers may obtain Individual Taxpayer Identification Numbers, or ITINs, from the IRS that can be used in place of Social Security numbers to file returns, and many voluntarily do so.  (The ITIN does not authorize employment or change the immigrant’s status.)

Undocumented workers have access to the standard deduction, personal exemption, dependent exemptions, Child Tax Credit, and nonrefundable tax credits.  They are barred from claiming the EITC by a provision of the EITC law.  If an undocumented worker (and his or her spouse and children) obtain legal status and authorization to work in the United States and then file taxes for previous years, they may claim the EITC retroactively for that prior year.  Like other refunds, prior-year refunds due to the EITC must be claimed within three years.

The Ensign amendment threatens to undercut the Senate immigration bill by creating an insurmountable obstacle for many undocumented immigrants seeking to achieve legal status.  It also would violate longstanding principles of tax policy, both by applying different tax rules to filers in identical financial and household situations and by permitting the Treasury to pocket any overpayments by filers.  Many immigrant workers, left with back-tax bills that are much too high for them to afford, would be forced to remain underground.

[1] Individuals would have to satisfy the back-tax requirement before converting to “Z-visa” status, the status that would apply to workers who are legalizing.

[3] The IRS has estimated that undocumented immigrants paid almost $50 billion in federal income taxes from 1996 to 2003.  Statement of The Honorable Mark W. Everson, Commissioner, Internal Revenue Service, Testimony Before the House Committee on Ways and Means, July 26, 2006.

[4] Workers would be ineligible for refunds for overpayments even if the amount withheld from their paychecks exceeded their tax liability calculated without the EITC and Child Tax Credit — that is, without the tax credits they would be denied under the Ensign amendment.

[6] The back-tax requirement was added to the Senate immigration bill in an amendment offered by Senators McCain, Graham, Burr, and Specter.  While the amendment does not specify the back years to which it would apply, the intent appears to be to mirror the back-tax requirement in last year’s Senate immigration bill, which would have required immigrants to pay back taxes for at least three of the previous five years.    For simplicity, our examples are of immigrants who file back taxes for 2004-2006 at the beginning of 2008.  We assume that the Ensign amendment is intended to bar access to credits and refunds for all years prior to 2007.

Our examples are approximations, based on IRS rules for late filing and late payment penalties and on the prevailing interest rates used by the IRS during 2005-2007. 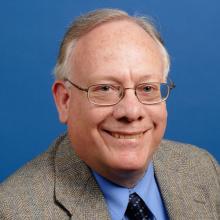