The Administration has requested $6.2 billion in supplemental appropriations to continue and expand measures to respond to the Ebola epidemic and has asked that these amounts be provided on an emergency basis, meaning they would not count toward the Budget Control Act’s (BCA) appropriations caps.  The BCA recognizes that situations arise from time to time that require a rapid and substantial federal response, beyond what regular ongoing appropriations can support, and it   consequently allows emergency funding to be provided outside its caps.  The Ebola epidemic is precisely the sort of situation for which this exception was designed, and the Administration’s request to use emergency funding to help control the epidemic in West Africa, accelerate development of drugs and vaccines, and improve preparedness in the United States is entirely appropriate.

When the BCA set caps on annual appropriations for ten years into the future, provision had to be made for situations that can’t be predicted but require quick action to protect life or health or deal with severe disasters.  If emergency response funding had to fit within the caps, the response would likely be inadequately funded, or the cost of providing adequate funding would force abrupt and damaging cuts in unrelated programs and activities.  Also, the response would likely be unduly delayed while Congress battled over which of those two unattractive options to choose.

Some may be concerned that the emergency designation will be overused.  Yet there is no evidence this is occurring.  On the contrary, appropriations with an emergency designation have been enacted only twice since BCA’s passage in 2011.  The most substantial use came in 2013, where the designation covered most of the supplemental appropriations for relief and recovery from Super Storm Sandy.  The other use came in August of this year, for $225 million in assistance to Israel related to the Iron Dome defense system after rockets attacked Israeli territory.

With the Ebola epidemic, much of the initial U.S. Government response has been supported by reprogramming existing Defense Department “overseas contingency operations” (OCO) funds and drawing on other existing appropriations.  In addition, the current short-term continuing resolution makes two free-standing supplemental appropriations for Ebola response: $30 million for the Centers for Disease Control and Prevention (CDC) and $58 million for the Biomedical Advanced Research and Development Authority (BARDA) at the Department of Health and Human Services for work on vaccines and drugs.  Neither of those appropriations carried an emergency designation, so that funding counts against the cap on fiscal year 2015 non-defense appropriations, necessitating cuts to other programs to offset the costs.

The Administration’s $6.2 billion request includes funding for the CDC, the U.S. Agency for International Development, and others to assist with public health measures and health care to contain the epidemic in the affected countries and provide humanitarian relief.  It also includes support for efforts at the National Institutes of Health and BARDA to accelerate development, production, and testing of potential vaccines and treatments, as well as appropriations to help U.S. hospitals and public health agencies prepare to deal with any cases that might appear in this country.  In addition, the request includes $1.5 billion to be appropriated on a contingent basis, meaning it would be used only if needed to deal with some new development, such as spread of the disease to additional countries.

If anything is an emergency for purposes of the BCA, this should be.  The epidemic raging in West Africa is obviously a threat to life and health, not only in the currently affected areas but in the United States as well if the epidemic is not contained and begins spreading around the world.  To prevent that, the epidemic in West Africa must be arrested quickly, and doing so is beyond the capacity of the local health care systems on their own.  It therefore clearly meets the criteria for emergencies that are set forth in the BCA — it is sudden, urgent, threatening, and (one hopes) temporary. 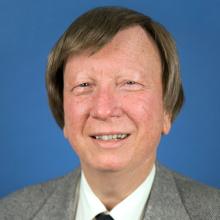