| By Andy Schneider and Allison Orris

Medicaid, which provides health and long-term care insurance to more than 50 million low-income Americans, is paid for jointly by the federal government and the states. States have the option of raising some of their share of Medicaid expenditures by using revenue from taxes on hospitals, nursing homes, managed care organizations, and other health care providers. To ensure program integrity, federal Medicaid regulations adopted by the first Bush Administration contain detailed requirements for how these taxes should be designed. Over two thirds of the states, working within these guidelines, have established such taxes and rely on revenues from them to help pay their share of the cost of their Medicaid programs.

One of the requirements that provider taxes must meet is that they may not exceed 6 percent of a health facility’s gross revenues. Last year, in its fiscal year 2006 budget, the Administration proposed to reduce this requirement to 3 percent. Provider taxes equal to between 3 percent and 6 percent of a facility’s gross revenues would no longer count toward a state’s matching contribution.

In fashioning the Deficit Reduction Act of 2005 (the budget reconciliation bill enacted in February 2006), Congress declined to adopt this proposal. Congress made other changes in that legislation related to the Medicaid provider tax rules, but did not approve this proposal. The Administration responded by proposing this change again in its fiscal year 2007 budget, but declaring this time that it would bypass Congress and make the change administratively through a change in regulations. In a recent letter from HHS Secretary Leavitt to Governor Matt Blunt of Missouri, the Administration confirmed its intention to issue a notice of proposed rulemaking to implement this change.[1]

The likely effect of the Administration’s proposal is twofold:

Medicaid is financed jointly by the federal government and the states, with the federal share of program costs averaging 57 percent. Under federal law, the state share of Medicaid costs must be financed from state or local public funds.

In 1991, in response to abusive “creative financing” mechanisms used by some states, the first Bush Administration sought, and Congress enacted, reform legislation.[2] Among other things, this legislation amended the federal Medicaid statute to set forth detailed criteria for when a state could use revenues from taxes on hospitals, nursing facilities, managed care organizations (MCOs), and other providers to help pay for the non-federal share of Medicaid costs.[3] Under these criteria, provider taxes must be “broad-based,” and there may not be in effect a “hold harmless” provision — that is, there may not be a mechanism under which the state directly or indirectly holds the providers paying the tax harmless for any portion of the costs of this tax.

The first Bush Administration implemented these statutory criteria through regulations issued in November 1992. In these regulations, the Administration specified that a provider tax would not violate the “hold harmless” test if the tax were applied at a rate that produced revenue less than or equal to 6 percent of providers’ gross revenues.[4] The Administration explained it selected 6 percent for the hold harmless rate because it considered 6 percent to be the average tax rateapplied to other goods and services in the states, and because it was concerned that states might impose higher rates as part of an arrangement to hold some providers harmless for some or all of the tax, in violation of the statute.

Over two thirds of the stateshave relied upon these statutory and regulatory criteria to design and enact provider taxes that generate revenues to help them pay for their Medicaid programs. For example, Kentucky, Mississippi, New Hampshire, Ohio, Oklahoma, Pennsylvania, and Tennessee all rely on revenue from taxes imposed on their nursing home industries. Many of these and other states also rely on revenue from taxes paid by hospitals or other classes of providers.[5]

In its fiscal year 2007 budget, the Administration announced that it will “phase down the allowable provider tax rate from six percent to three percent.” [6] The Administration intends to implement this change by regulation, rather than by statute.

Proposed Change Would Make It Harder For Many States to Pay Their Share of Medicaid Costs, Increasing Pressure on Them to Cut Benefits, Eligibility, or Provider Payment Rates

The Administration’s proposed regulatory change would reduce by up to half the amount of provider-paid revenues that a state could use to help finance its Medicaid program. This would likely cause the affected states to scale back their provider taxes so the taxes do not amount to more than 3 percent of providers’ gross receipts. This would reduce the revenue that states could receive from this source.

States need revenues to pay their share of Medicaid costs. Those costs are driven by the number of low-income families and elderly or disabled people enrolled in a state’s Medicaid program, their need for health care or long-term care services, and the cost of purchasing those services from hospitals, nursing homes, physicians, and other health care providers. The Administration’s regulatory change would do nothing to lower those costs.

By reducing a state’s revenue base without reducing the costs it faces, the Administration’s proposal would place additional fiscal pressures on states to cut back their Medicaid expenditures through such means as lowering eligibility limits, reducing the health benefits that are covered, and/or scaling back payment rates to providers. (States also could cut back other state programs or raise taxes to make up for the loss of federal Medicaid funds.) In states that opt to cut their Medicaid programs, low-income families, people with disabilities, and seniors will be at risk.

Over more than a decade of policy stability, more than two thirds of the states have come to rely on at least one type of provider tax to help finance their Medicaid programs, and it is not uncommon for states to impose provider taxes up to the first Bush administration’s 6 percent limit. If the current Administration reduces this limit to 3 percent, many of these states will encounter difficulty.

The effects of reductions in federal Medicaid matching funds as a result of this regulatory change could be particularly disruptive in states with high federal Medicaid matching rates. For example, Kentucky’s federal matching rate is just over 69 percent this fiscal year. This means that for each dollar that Kentucky loses in provider tax revenue as a result of the Administration’s regulatory change (and is unable to replace from another source), the federal government will reduce its Medicaid contributions to the state by $2.25. A total of $3.25 thus would be removed from the state’s Medicaid program. Faced with such revenue declines, a number of states would be expected to institute significant cuts that adversely affect low-income beneficiaries.

[1]Letter from HHS Secretary Michael O. Leavitt to the Honorable MattBlunt, Governor of Missouri, May 22, 2006.

[6]Budget of the United States Government, Fiscal Year 2007, p. 126. The Administration’s fiscal year 2007 budget includes net federal Medicaidfunding reductions equal to $14 billion over the next five years and $35.5billion over ten years. Some $30.4 billion of these savings would comethrough administrative action, including the issuance of regulations. Thesereductions follow on the heels of federal Medicaid reductions ($4.9 billionover five years and $26.5 billion over ten years) enacted as part of theDeficit Reduction Act of 2005, which was signed into law earlier this year.More than four-fifths of the Medicaid savings proposals in theAdministration’s new budget would reduce federal Medicaid expenditures byshifting costs directly from the federal government to the states. See AndySchneider, Leighton Ku, and Judith Solomon, "The Administration's MedicaidProposals Would Shift Costs to States," Center on Budget and PolicyPriorities, February 14, 2006.

[9]In his May 22, 2006 letter to Governor Blunt, Secretary Leavitt wrote thatthe purpose of the proposal is to “remove incentives for States to shift theresponsibility to fund their share of the Medicaid program to health careproviders.” This, Secretary Leavitt argues, will enable health careproviders to “remain focused on their mission of providing necessary careand services to their patients.” 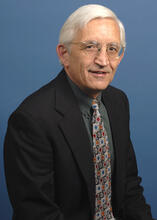