A Reply to the Tax Foundation

The Tax Foundation’s statement that “empirical economic literature speak[s] … strongly in unison” on this topic is simply false.  To the contrary, there is no clear research evidence that lower taxes help state economies grow.

A Few Studies the Tax Foundation Cites Support Its Claims; Others Do Not

Among those cited by the Tax Foundation, some confirm its findings but others do not.  Specifically, three of seven studies cited by the Tax Foundation find clearly that lower taxes lead to better state economic growth.  The three are John Mullen and Martin Williams, “Marginal Tax Rates and State Economic Growth,” Regional Science and Urban Economics, 1994; Randall G. Holcombe and Donald J. Lacombe, “The Effect of State Income Taxation on Per Capita Income Growth,” Public Finance Review, 2004; and W. Robert Reed, “The Robust Relationship between Taxes and U.S. State Income Growth,” National Tax Journal, 2008.

But the Tax Foundation mischaracterizes or exaggerates the findings of three of the seven state/local tax studies it cites.  It characterizes them as showing clearly that higher state and local taxes have “negative effects” on state economic growth, but the actual findings do not support such a flat assertion.

The seventh study the Tax Foundation cites for the proposition that “progressivity of income taxes negatively affects [gross domestic product] growth,” (Howard Chernick, “Tax Progressivity and State Economic Performance,” Economic Development Quarterly, 1997) has been effectively contradicted by a more recent study by the same author, which the Tax Foundation omitted from its literature review:

Beyond mischaracterizing half of the studies it cites, the Tax Foundation has omitted from its literature review 20 recent studies on this topic.  Of those 20 studies, nine contradict the Tax Foundation’s assertion, nine neither clearly support or contradict it, and only two support it.

The following nine studies published in economic journals or edited compilations since 2000 conclude that state and local taxes have no significant negative impact on various measurements of state economic growth:

The following nine recent studies partially support Tax Foundation claims about the impact of state and local taxes on state economic performance.  The studies find that only certain state and local taxes appear to have an adverse impact on state economic growth, or only during certain periods, or the authors themselves conclude that the adverse impacts should be viewed as small.  Moreover, taken together, the nine studies undermine rather than support the Tax Foundation’s claims, because their findings are not consistent with each other.

Organizations advocating lower and less progressive taxes can find some studies by reputable economists that find that above-average state and local taxes have a measurable and consistently adverse impact on state economic performance.  However, many equally reputable studies reach the opposite conclusion, and the results of many more are mixed, ambivalent, or show that any adverse impacts are small.  There is simply no consensus whatsoever that cutting taxes is a good strategy to boost state economic growth and create jobs.

[3] We developed this longer list of relevant articles by doing a complete review of post-1999 articles appearing in major journals that frequently publish articles on state and local taxation, and then using the bibliographies of relevant articles to find others.  We then used Google Scholar to identify all relevant post-1999 journal articles that cited any of the papers we initially identified.  We acknowledge that despite these efforts we may have missed a few relevant articles that could support the Tax Foundation’s claims.  Our list is limited to post-1999 articles that have appeared in academic journals and, in one case, a compilation in book form edited by three leading economists.  Numerous non-peer-reviewed working papers on the issues addressed here also exist.  In some cases we omit studies published earlier by the same authors that use similar methodologies and reach the same conclusions.

[4] Throughout this paper we only present direct quotes from the studies so that readers can see for themselves what the authors have said rather than rely on our characterization of the findings.  We do italicize text in some longer or technical quotes to help identify the key language, and in a few cases we insert words or comments for clarity.  These additions are disclosed. 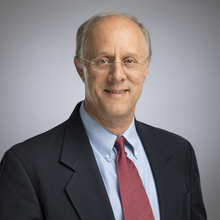