Today’s jobs report provided better news than expected about private-sector job creation, but the case for additional stimulus to boost a tepid economic recovery and revive the job market remains strong. The good news, as the chart below shows, is that the economy has now added private-sector jobs for eight straight months. The bad news is that adding fewer than 100,000 private-sector jobs a month, as we have been doing, will not bring down the unemployment rate.

Here are some of the key numbers from today’s report on the August employment situation: 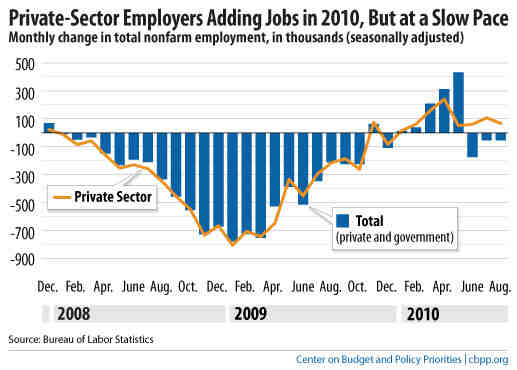 As I said last week when the Commerce Department report on weak second-quarter growth came out, the economy is still growing but the recovery needs a boost from further monetary — and fiscal — stimulus as soon as possible.