Today’s mixed jobs report shows a big jump in payroll employment but a sharp fall in labor force participation.  The labor market is clearly much stronger than in the depths of the Great Recession but still far from the “maximum employment” goal that Congress has mandated the Federal Reserve to pursue.  Long-term unemployment remains a particular concern, highlighting why Congress must restore federal emergency jobless benefits – which it allowed to lapse at the end of 2013 and has not restored even though long-term unemployment remains substantially higher than when any of the previous seven emergency programs expired. 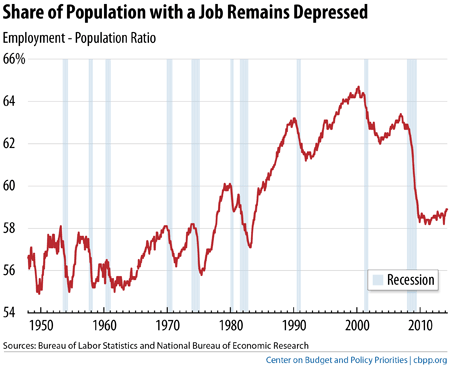 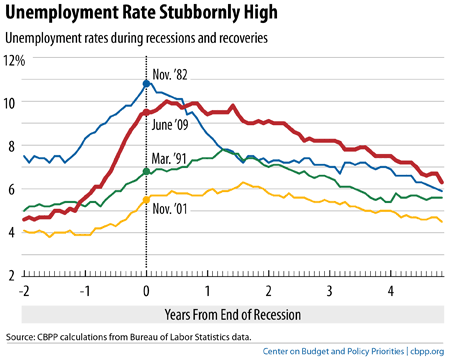 Share
Facebook Twitter Print Email
PreviousUpdate: Where Things Stand for the Unemployed
NextState and Local Jobs Climbing out of Deep Hole
Stay up to date
Receive the latest news and reports from the Center