Today’s jobs report shows that employers continued to add jobs in May, but total employment (private and government combined) remains well below its level at the December 2007 start of the Great Recession. Job losses were far greater than in other recent recessions, and the pace of job recovery has been no faster than it was from the much milder 2001 recession — partly due to federal fiscal actions since 2010.

Below are some charts to show how the new figures look in historical context. Check here for my full statement with further analysis. 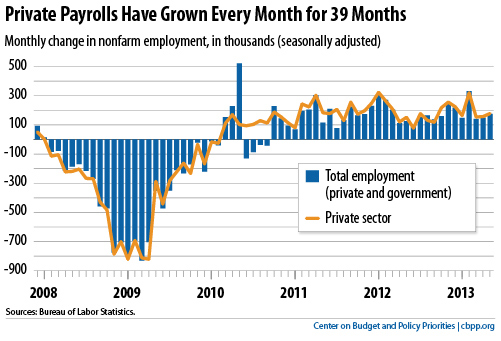