This new chartbook, which we have posted to our website and will regularly update as new data become available, will document the course of the economy following the 2007-2009 recession — and how much deeper the recession would have been without the financial stabilization and fiscal stimulus policies enacted in late 2008 and early 2009. Here’s an example of one of our charts. As you can see, the share of the population with a job remains at levels not seen since the 1980s.
Image 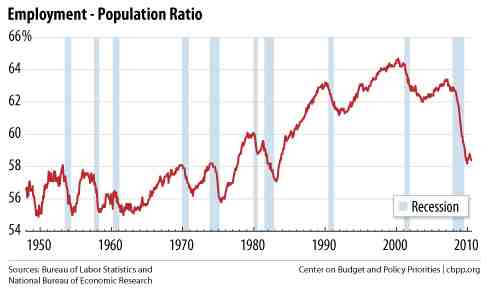