Social Security lifted 22 million people out of poverty in 2012, according to our updated analysis (with state-by-state data) of Census data.  This includes not just 15 million elderly Americans but also many younger people, including 1 million children who either received their own benefits as dependents of retired, disabled, or deceased workers or lived with relatives who received Social Security.  (See table below.)
Image 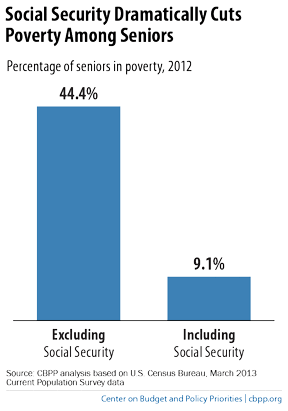 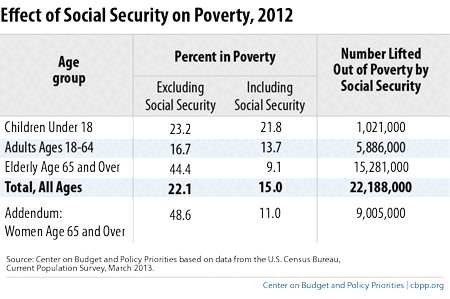 Related Posts:
Topics:
Poverty and Inequality, Social Security, Family Income Support
PreviousNovember 1 SNAP Cuts Will Hit All Recipients, Including Kids and Elderly
NextIn Case You Missed It...
Stay up to date
Receive the latest news and reports from the Center