Safety Net Has Shifted — Lifting Some Families, Leaving Others Behind

We’ve explained how our closer look at government data shows that the safety net was even more effective in 2012 than earlier studies had shown.  Our new follow-up paper reveals important shifts in the safety net’s performance between 1995 and 2010.

In the decade following the 1996 federal welfare overhaul, the safety net became more effective at helping low-income working families climb out of poverty but less effective at protecting children from “deep poverty” — income below half of the poverty line, or less than $13,800 for a two-child couple in an average cost community in 2010 dollars.  During the Great Recession of 2007-9, by contrast, safety net policies for both the poor and deeply poor grew much stronger, bolstered by temporary economic recovery measures, and prevented a likely large surge in deep poverty.

Those data show that: 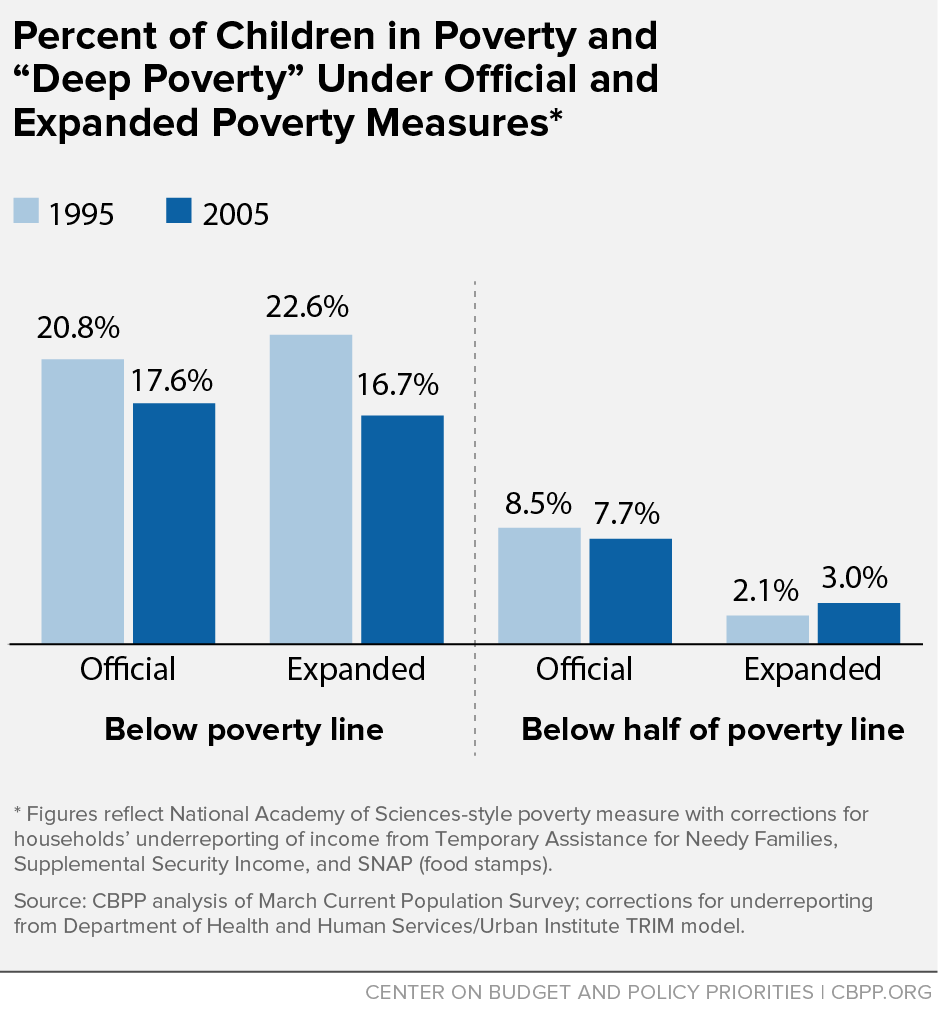 During the Great Recession, the safety net for the very poor regained some of its previous strength.  That partly reflected the temporary measures of the 2009 Recovery Act to bolster the struggling economy and help struggling households, such as emergency federal unemployment benefits, expanded tax credits for working families (the Child Tax Credit and Earned Income Tax Credit), and higher monthly benefit levels in SNAP (food stamps).  It also reflected the growth in various safety net programs that expand automatically to meet rising need.

The strengthened safety net prevented poverty and deep poverty from surging in the recession.   The safety net’s revival may prove short-lived, however, as most of the temporary recovery measures have expired.  Their expiration could push deep poverty upward again.

Safety Net Cuts Poverty by More Than Half

October 1, 2015
PreviousRental Assistance Need Growing in Nearly Every State
NextMedicaid’s Long-Term Earnings and Health Benefits
Stay up to date
Receive the latest news and reports from the Center