North Dakota is considering one of the year’s most reckless state fiscal proposals — a constitutional ban on property taxes.  This measure — which would make North Dakota the only state ever to ban property taxes in its constitution — would damage the state’s future economic potential, as we detail in a new report.

The ballot question, known as Measure 2 and which state residents will vote on on June 12, would take North Dakota into uncharted territory.  North Dakota has relied on property taxes to help fund basic public services since it became a state in 1889.  Today, property taxes generate a third of the total revenues that local governments receive from all sources to pay for schools, police and fire protection, and other local public services.  The state cannot eliminate this funding source without severely disrupting these services. 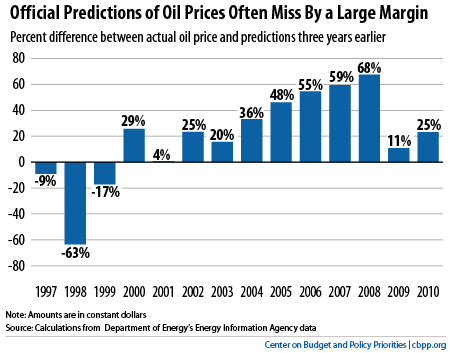 The measure would expose North Dakota’s localities to greater risk because it would require the state legislature to use oil revenues to replace most of the property tax funding for schools. This would leave the education of the state’s children – its future workforce – vulnerable to a highly volatile industry.  While oil prices are projected to hold up in the future, it would be unwise to depend on such projections, which in the past have proved wildly wrong.  Over the last couple of decades, actual oil prices have varied from official projections by as much as 68 percent, and in an average year have missed by about a third.  It’s just a bad idea to tie funding for schools to such a volatile funding source — and to lock it into the state constitution .

Nearly every state in the country would love to be in North Dakota’s position right now.  The state’s oil boom has set it apart and created an historic opportunity to invest in its people (most importantly its children) and in systems that promote future economic growth – including the state’s transportation networks, communications systems, agricultural research facilities, and job training programs that give people the skills needed to participate in growing industries.

The proposal to eliminate the property tax would waste this opportunity on a much less effective, riskier approach and make it impossible to maximize the benefits of today’s oil boom to improve North Dakota for future generations.

April 19, 2012
PreviousSenator Lee’s Budget Would Sharply Cut Social Security, Medicare, Other Programs While Making Tax System Less Progressive
NextLight at the End of the Tunnel for State and Local Pensions?
Stay up to date
Receive the latest news and reports from the Center