This week at CBPP, we focused on health care, the federal budget, state budgets and taxes, and family income support.

Chart of the Week: Low-Income Expenditures Outside Health Care Set to Fall Below Average of Last 40 Years 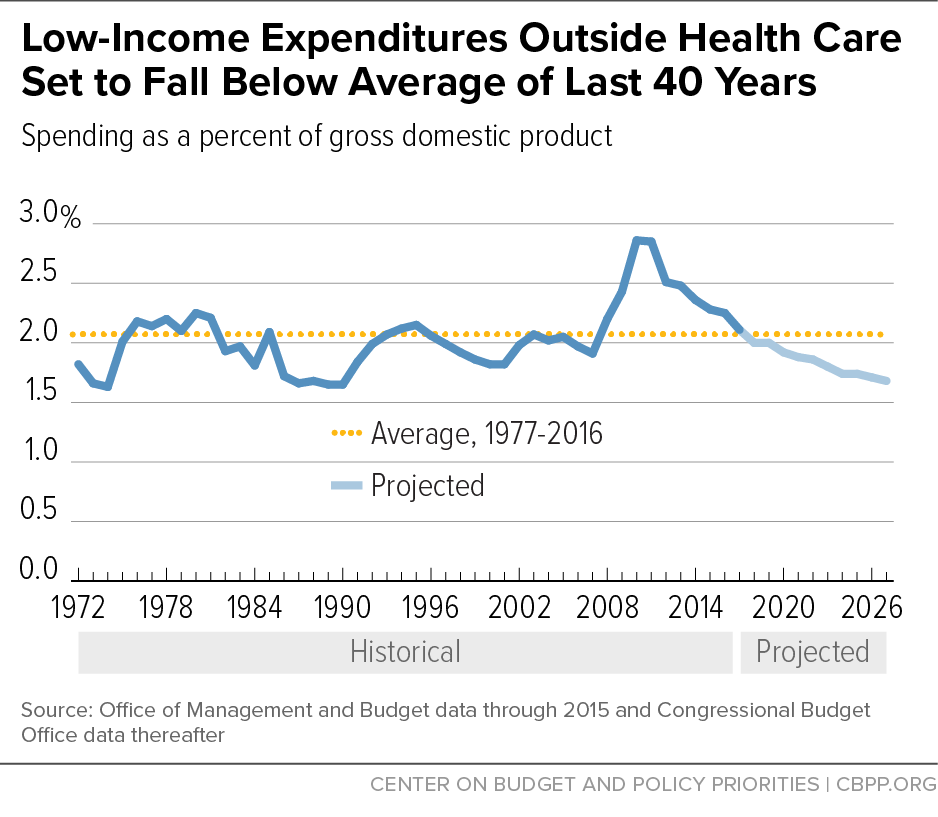 Do Indiana’s Claims About Its Medicaid Program Check Out?
NPR
February 24, 2017

Trump Vowed to Protect the Safety Net. What if His Appointees Disagree?
New York Times
February 23, 2017