This week at CBPP, we focused on state budgets and taxes, health care, poverty and opportunity, climate change, and the economy.

Chart of the Week: Status of State Medicaid Expansion in 2016 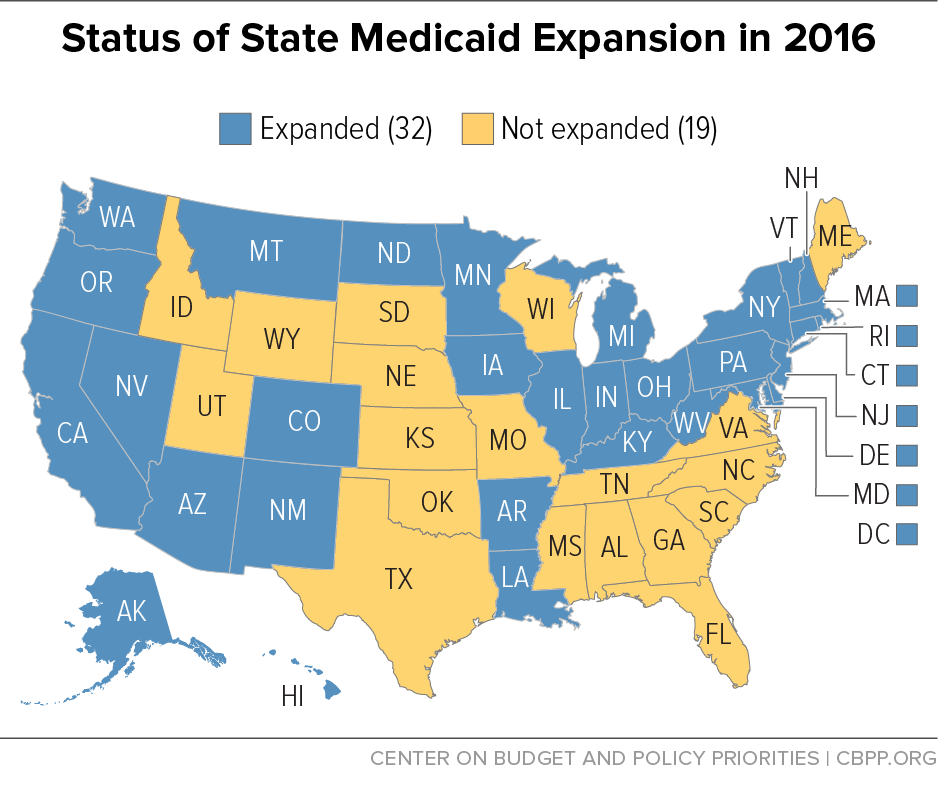