This week on Off the Charts, we focused on Tax Day (April 15), the federal budget and taxes, health reform, state budgets and taxes, and the safety net.

In other news, we issued papers on when and how states should strengthen their rainy day funds and why the lone group taxed into poverty should receive a larger EITC.  We updated our guide to statistics on historical trends in income inequality and our papers explaining that federal income taxes on middle-income families remain near historic lows and that the EITC promotes work and encourages children’s success at school. 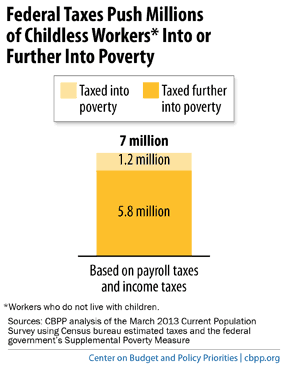 It's Time to Strengthen the EITC to Give Childless Workers a Much-Needed Boost
National Journal
April 15, 2014

Share
Facebook Twitter Print Email
PreviousNew York Times Is Right: “No Spring Break for the Unemployed”
Next3 Steps States Can Take to Improve Their Rainy Day Funds Now
Stay up to date
Receive the latest news and reports from the Center