This week on Off the Charts, we focused on the safety net, the Earned Income Tax Credit, the federal budget and taxes, health care, state budgets and taxes, unemployment insurance, the minimum wage, and Social Security. In other news, we issued papers on how states can adopt or expand EITCs to build a stronger future economy, how demographic changes have affected growth in Disability Insurance, and summarizing the nutrition title of the 2014 farm bill.  We also issued Robert Greenstein’s testimony before the House Budget Committee on poverty and the safety net and his commentary on the farm bill.  We updated our backgrounders on the EITC and the Child Tax Credit and our chart book on the legacy of the Great Recession. CBPP’s Chart of the Week:
Image 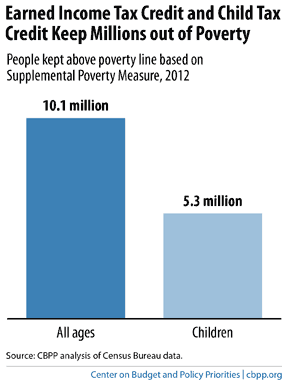