In their updated health bill, House Republicans are doubling down on their plan to cut taxes for high-income households while cutting health insurance for mostly low- and moderate-income households — speeding up tax cuts for the very richest people so they take effect in 2017, rather than 2018.

Specifically, the updated bill would eliminate, for 2017, two taxes that fall only on high-income filers: the additional Hospital Insurance (HI) payroll tax on high earners and the Medicare tax on unearned income.

Repealing these taxes a year earlier would: 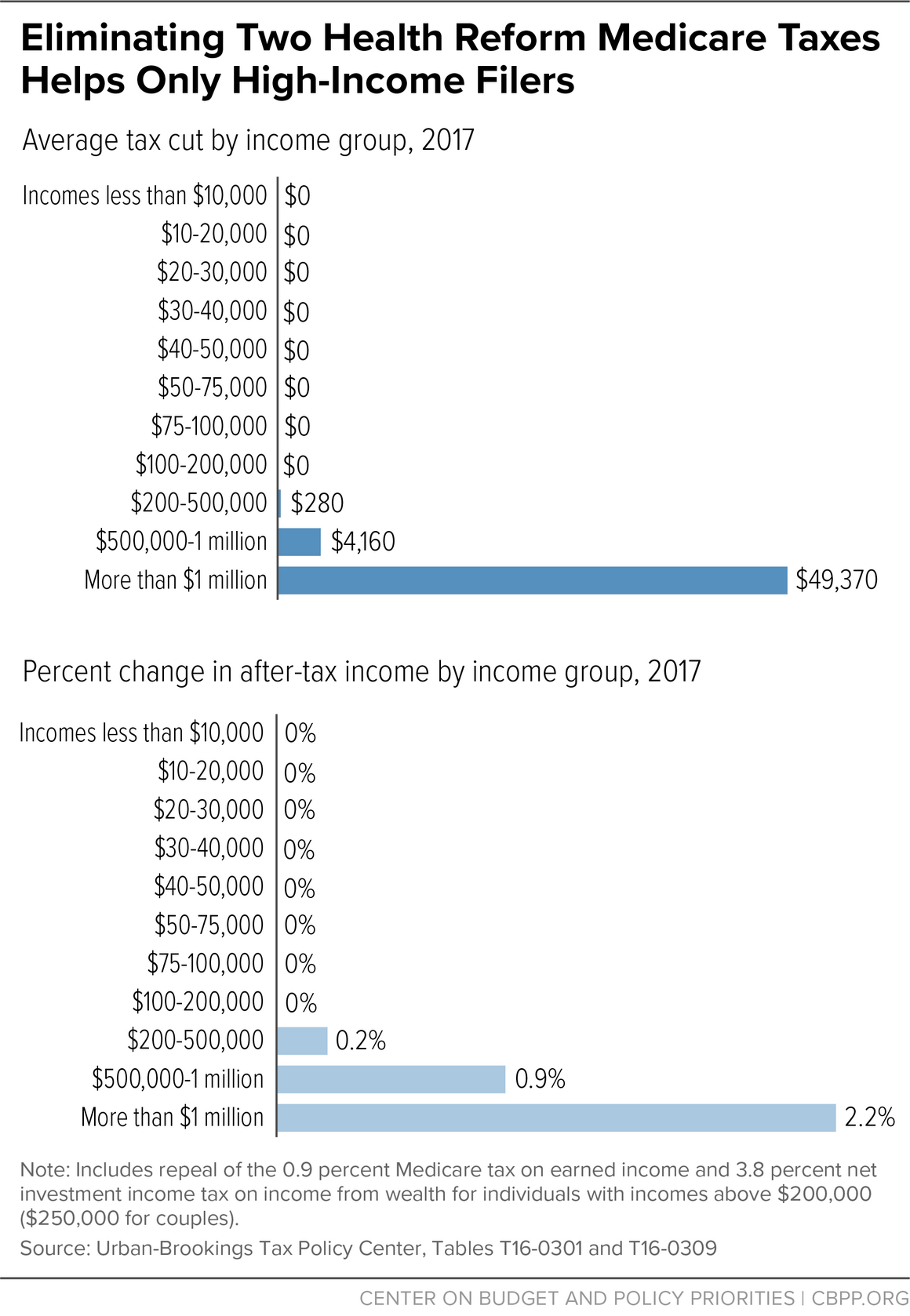 The updated bill would also more quickly repeal other taxes, including a tax on drug companies based on their brand-name drug sales to government health programs. Most of the benefit would likely flow ultimately to wealthy shareholders and other investors, who own the bulk of stock and other investments, as companies’ profits expand.

At the same time, the House GOP bill adds more harmful Medicaid changes and retains cuts to subsidies that help low- and moderate-income people afford health coverage. The updated bill reveals, once again, that the House GOP priority is providing tax cuts for millionaires and drug companies, not helping working-class people get the health care they need.

March 16, 2017
PreviousFalse Claims That the Medicaid Expansion Is Causing Waiting Lists
NextInteractive Map: Cost-Sharing Subsidies at Risk Under House GOP Health Bill
Stay up to date
Receive the latest news and reports from the Center