Five Things You Might Not Know About Public Employees

Our updated short report on state and local workers includes some basic facts worth keeping in mind in debates over public employees.

1. Education is by far the largest category of state and local government employment. Nearly 7 million teachers, aides, and support staff work in the nation’s public elementary and secondary schools, more than twice as many as in the next largest job category (protective services, which includes police officers, fire fighters, and correctional officers). 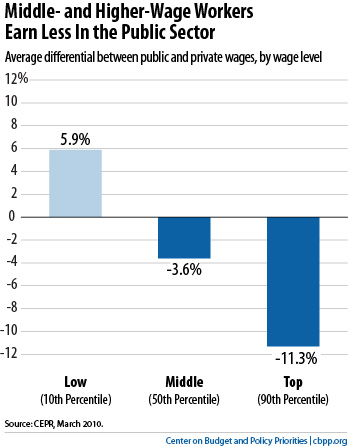