Extended Benefits Come to an End with Unemployment Still High

After this week, no state will provide additional weeks of emergency federal unemployment insurance (UI) payments through the Extended Benefits (EB) program, as federal UI benefits continue to wind down.  As we’ve explained previously, EB will no longer be available in any state, not because most states’ economies have improved to anywhere near pre-recession conditions, but because they have not significantly deteriorated in the past three years.

Idaho was the last state offering EB, but its most recent three-month average unemployment rate of 7.7 percent did not meet the necessary criterion of being at least 10 percent higher than the comparable rate in any of the three previous years.  As a result, Idaho “triggered off” EB as of the week ending July 21 and will make its final EB payments this week. 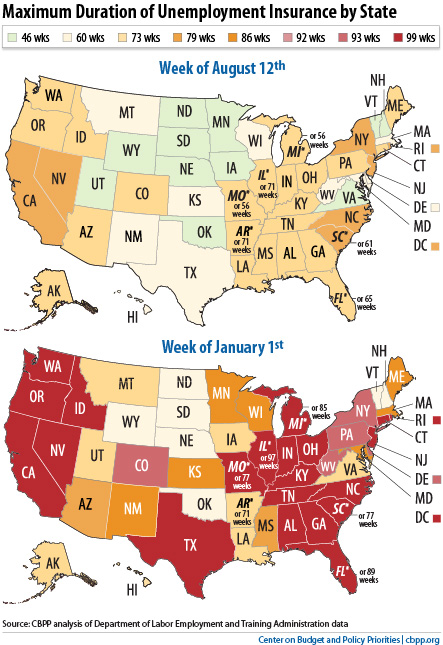 A Look at the New Unemployment Insurance Deal

February 17, 2012
PreviousFight Poverty, Protect the Safety Net
NextRound One to the Potato Lobby, But the WIC Fight’s Not Over
Stay up to date
Receive the latest news and reports from the Center