CBO: Up to 3.3 Million People Owe Their Jobs to the Recovery Act

A new Congressional Budget Office analysis finds that the 2009 Recovery Act is
continuing to save jobs and protect the economy from what would have been a much deeper recession. As of June, the Recovery Act had: 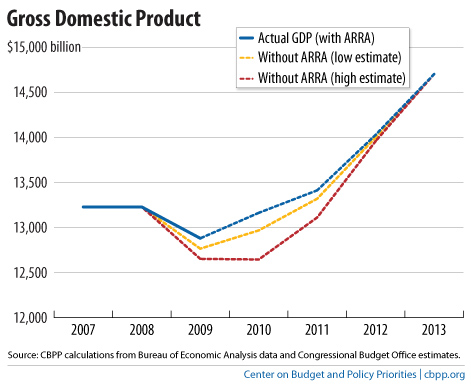 For these and other charts on the economy, see our new chart book.