CBO: Up to 2.9 Million People Owe Their Jobs to the Recovery Act

A new Congressional Budget Office analysis finds that the 2009 Recovery Act (ARRA) is continuing to save jobs and protect the economy from what would have been a much deeper recession. As we describe in an updated analysis, in the second quarter of 2011 the Recovery Act:
Image 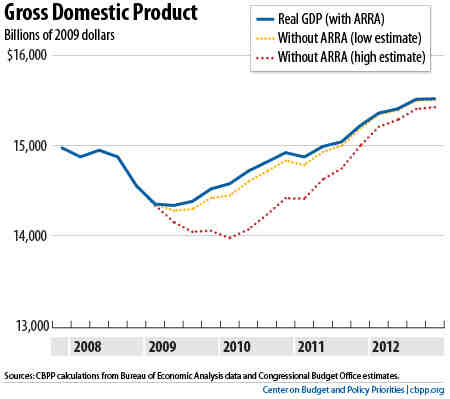 For these and other charts on the economy, see our updated chart book.
Topics:
State Budget and Tax, Economy
PreviousChart Book: TANF at 15
NextNew Study Claiming Repatriation Tax Holiday Would Raise, Not Cost, Revenue is Flawed
Stay up to date
Receive the latest news and reports from the Center