Overall median household income rose modestly in 2005 — but significantly less than normal for a year during an economic recovery — while the poverty rate remained unchanged, also an unusual development for a recovery year.  For the first time on record, poverty was higher in the fourth year of an economic recovery, and median income no better, than when the last recession hit bottom and the recovery began.

Furthermore, the poverty rate, at 12.6 percent, remained well above its 11.7 percent rate in 2001, while overall median household income was $243 lower in 2005 than in 2001 (not a statistically significant difference). 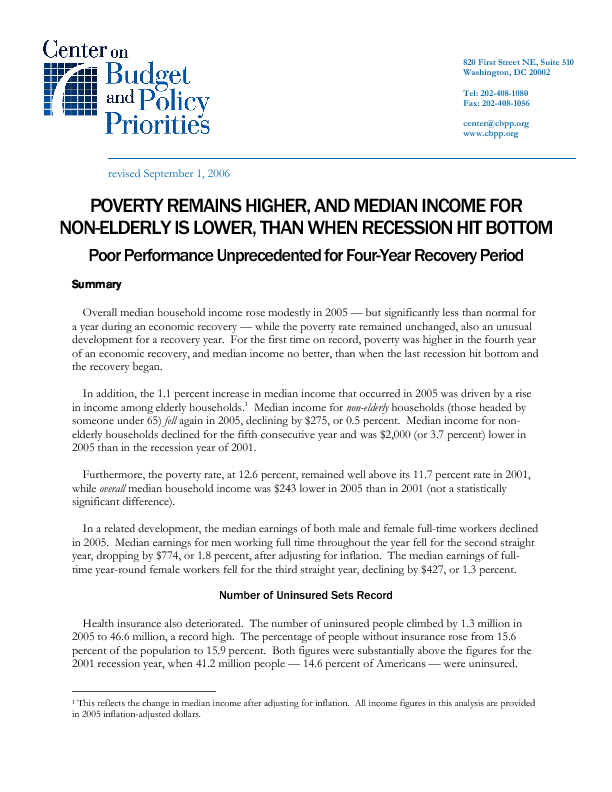 Click here to read the PDF of the full report (7pp.)