Introduction:  What Is Full Employment and Why is It so Important?

First, the absence of full employment labor markets, where the vast majority of job-seekers can handily find work, has been one of the most damaging aspects of the US economy over many recent years.

Second, over the past four decades, full employment job markets have been the exception, not the norm.  This has caused many economic problems, from stagnant real earnings, to rising inequality, to slower macroeconomic growth.

Third, the generalized absence of full employment is not an act of nature.  It is the outcome of negligent public policy that can be corrected.  There are numerous steps policy makers can take to boost labor demand, create more and better jobs, and to get the US economy on a path towards full employment.

What is Full Employment?

Full employment is broadly described as a situation where there’s a tight match between the number of people seeking jobs and the number of employers seeking workers.  This section adds more rigor to that definition and examines the history of the US job markets through that lens.

For most economists, the definition of full employment invokes the tradeoff between unemployment and inflation.  More precisely, economists frame the question this way: what is the lowest unemployment rate consistent with stable inflation, otherwise known as the “nonaccelerating inflation rate of unemployment,” or NAIRU?

Most economists place the rate in the range of 5 to 5.5 percent.  However, our economic history is replete with upwardly biased estimates of the full employment unemployment rate, and the costs of overestimating the NAIRU –costs that fall hardest on the working households that have already faced wage and income stagnation for decades — are a lot higher than those of underestimating it.

Why shouldn’t we just shoot for a zero unemployment rate?  In fact, history show that there is a negative correlation between unemployment and inflation, meaning that over-solving one problem — high unemployment — can generate another problem: increasing price growth.  And it’s not just a one-time tick-up in the level of inflation; it’s a spiral.  That is, both theory and evidence find that it’s possible for the economy to “overheat,” generating ever-increasing inflation.

Yet knowing that this correlation exists does not provide policy makers with enough information to accurately or precisely determine the actual level of unemployment consistent with stable prices.  In fact, past estimates of the NAIRU have proved to be highly unreliable, implying outbreaks of spiraling prices that never occurred (most recently, this occurred in the latter 1990s).  When a group of econometricians measured the extent of this imprecision, they found a 95 percent confidence interval around NAIRU estimates that included values of less than 4 percent and more than 8 percent.

In addition, the correlation noted above between price growth and unemployment has diminished over time, meaning that we would pay a lower price in terms of higher inflation from below-NAIRU unemployment than would have been the case in the 1970s or 1980s.  Of course, this also implies higher inflation should be harder to reduce when there’s more labor market slack.

The key point is that no one should put too much faith in any particular estimate of the NAIRU.  While there are risks of higher inflation at low rates of unemployment (though those risks have diminished), we simply cannot accurately pin down the level of unemployment that will lead to rising inflation.  For example, in the latter 1990s unemployment started dropping to levels that economists widely believe would lead to accelerating inflation (the figure below shows how the actual unemployment rate fell below the NAIRU in these years).  Yet there is little evidence accelerating inflation over this period, implying that the 2000 jobless rate of 4 percent remains a reasonable target.

If that target is too ambitious, inflation would begin to rise and the Federal Reserve would need to take steps to raise the unemployment rate to stave off higher inflation.  In fact, an honest definition of full employment right now is probably this: it is the rate of unemployment such that if policy makers tried to implement policies that would push that rate down even further they wouldn’t create any more jobs. Instead, they would boost inflationary pressures.

The full report is available in PDF form here. 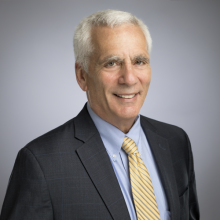