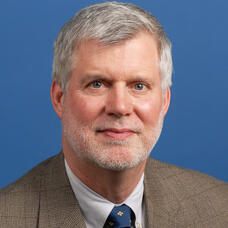 He was a Deputy Democratic Staff Director at the Senate Budget Committee from 2001 through 2004. He also served as Chief of the Projections Unit in the Budget Analysis Division of the Congressional Budget Office for 7 years, where he coordinated CBO’s projections of expenditures, surpluses, and deficits.

He began working on federal budget issues as an American Political Science Association Congressional Fellow in the early 1980s, following two years as an assistant professor in the J.L. Kellogg Graduate School of Management and the Political Science Department at Northwestern University.

He then spent eight years working in various positions for the Committee on the Budget and Committee on Rules of the U.S. House of Representatives. Just prior to going to CBO, he was an Assistant Director for Budget Issues at the General Accounting Office.

Jim holds an A.B. in History from Harvard College and a Ph.D. in Government and Politics from the University of Maryland.