Unauthorized immigrants pay a larger share of their income in state and local taxes than the nation’s top earners, and immigration reform would improve state and local finances across the country, a new report from the Institute on Taxation and Economic Policy (ITEP) finds. 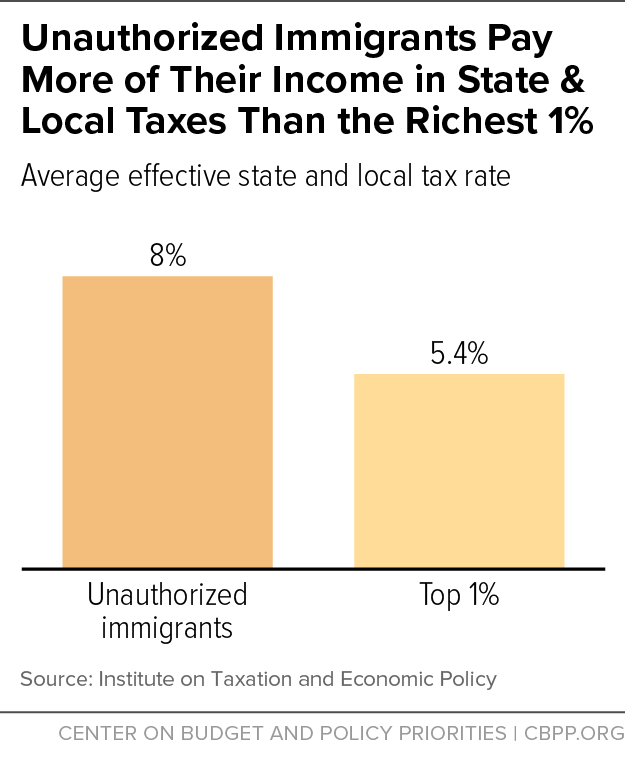 ITEP’s findings are particularly timely and important as a growing number of states are facing budget shortfalls, and the Trump Administration considers immigration-related policy changes that could affect state and local tax revenues.

Unauthorized immigrants pay sales taxes when they buy goods and services, property taxes (mostly passed along through their rent), and income taxes when employers withhold them from their paychecks — even those who don’t file income tax returns, although between about half and three-quarters do.

December 15, 2016
PreviousInteractive Graphic: Highlighting the 3 Out of 4 At-Risk Renters Who Don’t Get Rental Assistance
NextTrump’s Proposed Cuts Risk Slashing Rental Aid
Stay up to date
Receive the latest news and reports from the Center