TANF at 23: States Spend Only a Quarter of TANF Funds to Help Families Meet Basic Needs

In drafting the 1996 law that created TANF, federal policymakers gave states broad flexibility in how they could use federal and state TANF funds. States now spend less than one-quarter of these funds on basic assistance to meet the daily needs of children living with parents or other relatives experiencing poverty. This is the mirror image of TANF’s outset when states spent nearly three-quarters on basic assistance. State and federal policymakers should act to ensure that TANF funds better target assistance to needy families. 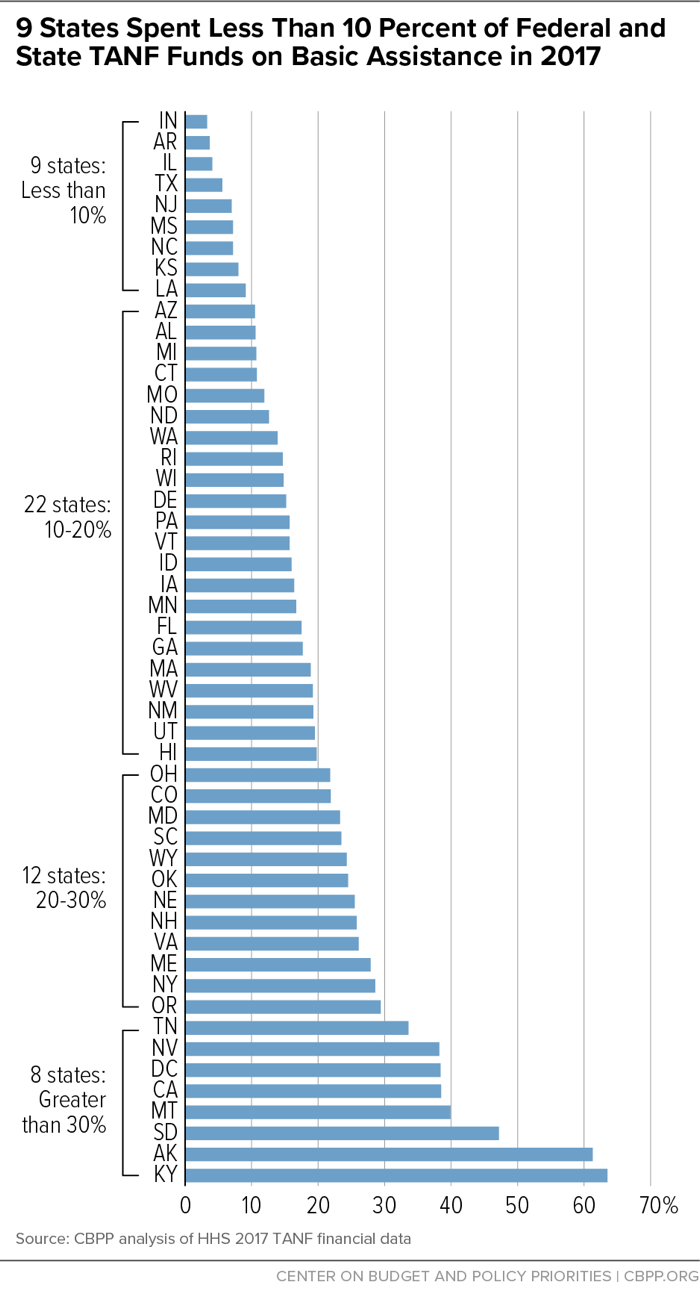 Spending on basic assistance is so low because TANF cash assistance reaches very few families living in poverty and, when it does, benefits are very low. Contributing to both of these shortcomings is the fact that states use the TANF block grant’s flexibility to spend the funds elsewhere in the state budget, sometimes on families much higher up on the income scale.

Indiana and North Carolina provide two examples of what extremely low TANF spending on basic assistance looks like in a state:

Last week, we looked at the importance of cash assistance to families and cited the research on how income supports can improve the lives of children living in poverty, including findings from the National Academies of Sciences on the positive impacts of cash support in children’s academic, health, and economic outcomes. States should support a better future for these kids by increasing TANF investments on basic assistance. Federal policymakers, too, should do more, including by holding states accountable for how they spend their state and federal TANF funds.

November 13, 2018
PreviousTANF at 23: Over 2.5 Million More Families Could Be Getting Cash Assistance, Work Supports
NextInclusive State Policies Toward Immigrants Can Help Counter Nativist Federal Actions
Stay up to date
Receive the latest news and reports from the Center