This week at CBPP, we focused on food assistance, health, the federal budget and federal taxes, and the economy.

Chart of the Week — In Sixth Month of Medicaid Work Requirement, Most Arkansas Beneficiaries Still Unable to Navigate Reporting 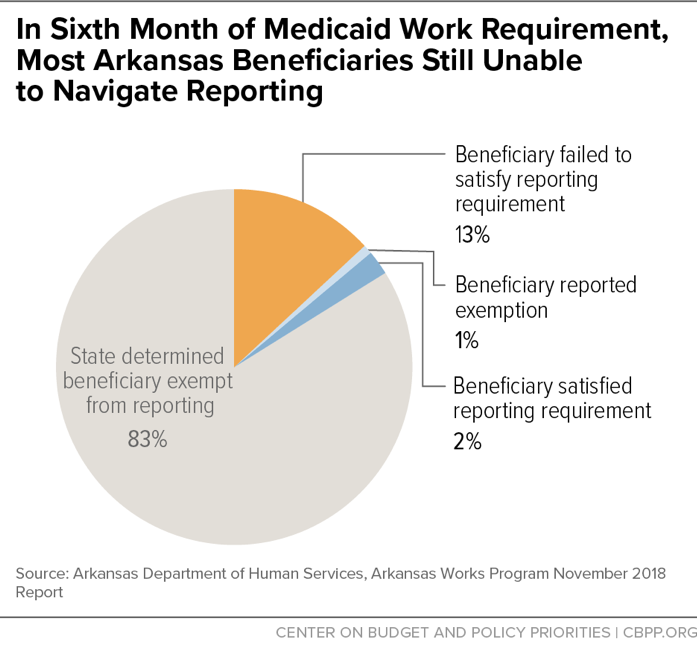 Here’s how Trump hobbled Obamacare and drove enrollment down this year
CNBC
December 15, 2018

Share
Facebook Twitter Print Email
PreviousACA Enrollment Remains Strong, Despite Significant Headwinds
NextHousing Vouchers Can Do More to Move Families Into High-Opportunity Neighborhoods
Stay up to date
Receive the latest news and reports from the Center