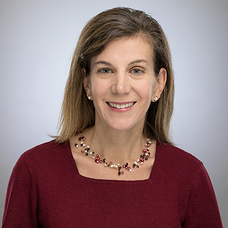 Tamara L. Fucile is Senior Counselor. In this capacity, she helps direct the Center’s work with federal policymakers and with other national organizations on a broad range of policy issues, including federal budget and appropriations, nutrition programs, and housing issues.

Fucile joined the Center after serving as Associate Director for Legislative Affairs at the Office of Management and Budget from 2014 to 2017.  There, she developed the Obama Administration’s congressional outreach strategy and represented the Administration in congressional negotiations related to the President’s budget, regulatory, and management priorities.  Prior to joining the Administration, Fucile served as Vice President of Government Affairs for the Center for American Progress. She is also a Capitol Hill veteran, serving in multiple positions for several members. Notably, she served as Deputy Staff Director for Minority Leader Charles Schumer’s Joint Economic Committee and as legislative director for Senator Jeff Merkley, in addition to working for Senator Amy Klobuchar and then-Congressman Edward Markey.

Fucile holds her Master’s degree in Business Administration from Georgetown University’s McDonough School of Business and a Bachelor of Arts in political science from the University of Connecticut.