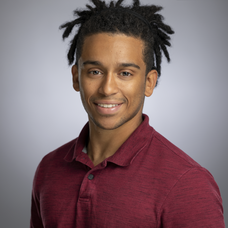 Rakeem Durand is the SharePoint Administrator on the Information Technology team. He has been at the forefront of deploying and supporting new technologies that have improved the efficiency of the IT department. Durand has played an essential role in helping set up the backend systems to efficiently manage the hardware and software the Center deploys. In addition, he has been instrumental in setting up and maintaining the phone system, allowing the integration via Microsoft Teams. Prior to joining the Center as an IT intern, he worked as a repair technician at Ubreakifix. During college, Rakeem worked with Kennesaw State University’s Solar Vehicle Team, helping create solar-powered alternatives for transportation.